PT OBM DRILCHEM is a privately owned supplier of specialty loss circulation additives to the global drilling industry. We are world leaders in the use of fiber based technologies to prevent loss during the drilling process and we have developed a unique range of products which are proven to save our customers considerable time and cost through optimizing well productivity and pay zone extraction

PT OBM Drilchem is privately owned and successful manufacturer and provider of specialty drilling fluid additives to the global drilling industry. We develop products which are specifically designed to improve the efficiency of the drilling process thereby savings our customers considerable time and cost and allowing for optimum well productivity. Our Company is known as an innovation leader that has pioneered breakthrough products producing significant results in this industry. Our pioneering spirit is best demonstrated by our research and development team’s long-term commitment to continuous innovation. Our quest to perpetually reinvent ourselves is exemplified by our ever-growing portfolio in global and foreign patents. We have a library of case histories available that deliver successful performance of the products acknowledged by our respective Customers. Our Customers partner with us to overcome their most difficult challenges ‘drilling the undrillable wells’ with our technology to provide them with the best solutions to meet their needs. Being 100% Indonesian Company, we continuously support our long-term, strategic partner relationships and put it in a business long-term collaboration as a partner to provide continues progress for the industry. We have a network of distributors and agents strategically located around the globe who are ready to respond to our Customer’s needs. They are supported by a team of technical sales engineers who will assist our Customers through on site monitoring and supervision of the application of our products. Our own engineers are also available to provide initial training in the correct application of our products and to provide follow up trouble shooting services on site. This will ensure our Customers achieve maximum results in the field.

To become a domestic company that reaches out to the international community by prioritizing effectiveness, efficiency, productivity and consumer benefits through the use of high technology domestically based

Founded by Mohammad As’ad and Ryanto Husodo in 1996, PT OBM Drilchem was created to solve some of the most challenging drilling operations needs of the oil and gas industry, lost circulation and wellbore stability.

After many years working in the industry, Mohamad As’ad and Ryanto Husodo set up their own Research and Development (R&D) and formed the company in 1996. They have been fully committed to furthering this drilling fluids additive technology through extensive research and development (R&D) developed of a completely new and innovative approach to the prevention of fluid loss during the drilling process that results in the ownership of intellectual proprietary in the form of patents and copyrights. 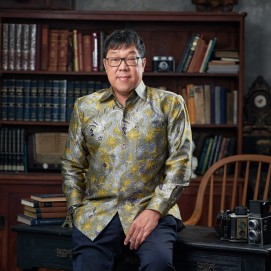 Before devoting his work fulltime to PT. OBM Drilchem, Ryanto served his career in Oil and Gas sector since 1980. As one of the Founder and the President Director, he leads the Company to international operations with responsibility for business in Europe, Norway, Australia, India, Pakistan and South East Asia. He also oversees the company’s ongoing expansion effort into high-growth, emerging markets both domestically and internationally. He has led many strategic initiative that have had positive impact on multiple business areas and improving overall performance of various business units in the Company.

He holds a Bachelor of Civil Engineering from the Royal Melbourne Institute of Technology (RMIT) Australia in 1979. 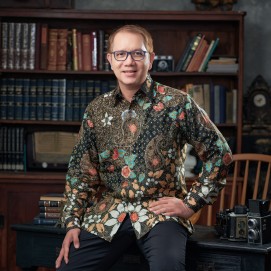 Indonesian citizen, 50 years old. Obtained the title of Master Of Business in Accounting, University Technology Sydney in 2003. He has work experience as Head of Business at Standard Chartered Bank (2010 – 2011), Head of Trade Finance at PT Maybank Indonesia Tbk (2012 -2014), Since 2014 until now he has served as Deputy President Director at PT. OBM Drilchem. And in 2020 served as President Director at PT. Indotek Drilling Solusindo. 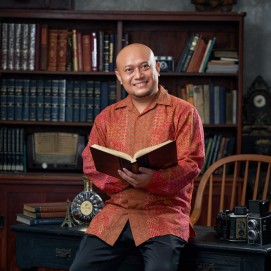 Indonesian citizen, 40 years old. Obtained a Accounting Professional Education Program from University Padjajaran in 2011 and Masters in Accounting from Widyatama University in 2021. He has work experience as a Tax Accountant at PT. Nordrill Indonesia and its affiliates (2010 – 2011), Accounting and Tax Manager at PT Artistika Jaya Bangun Serasi (2011 -2012), Accounting and Finance Manager at Cigading International Bulk Terminal (2012-2014). Since 2014 until now, he has served as Director Finance at PT. OBM Drilchem. And in 2020 served as Director at PT. Indotek Drilling Solusindo. 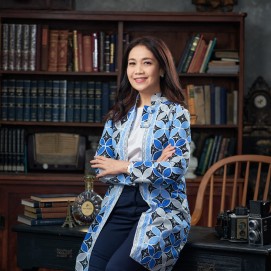 Graduated from Sekolah Tinggi Ilmu Komunikasi dan Sekretari Tarakanita (STARKI), Ayudyah has started her career as a Company Secretary in Citra Muda SDN BHD based in Kuala Lumpur, Malaysia. She returned to Indonesia and worked as a Sales and Marketing Manager with PT. Tiga Ombak from 2000-2011, a service company that provides a range of product and services from drilling rental tools, chemical supply to QAQC Third Party Inspection and Training. From 2012-2014, she served as the Executive Sales and Marketing role at PT Derrick Solutions Indonesia, a Global Corporation of Derrick Manufacturer in providing Solid Control Equipment from USA and she was awarded as the best employee of the year during her work with them. Since 2014, she served as a Senior Sales and Marketing Manager at PT OBM Drilchem and advancing through promotion, she now serves as the Director Sales and Marketing for the Company in 2020. 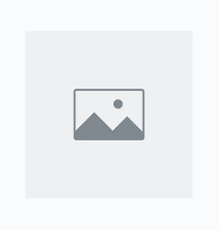 Indonesia Citizen, appointed as PT. OBM Drilchem Tbk corporate secretary since April 2021. Before joining the company, He spends more than 10 years in Banking Industry and another 5 years in Oil and Gas Services Industry. He holds Computer Science bachelor’s degree from Bina Nusantara University in 2002.

Health, Safety and the Environment

OBM is committed to sound principles of corporate governance and has adopted practices that promote effective functioning of our Board of Directors, its committees, and our company.

PT OBM DRILCHEM has a long-standing commitment to share best practices through HSE technical papers and other means and is a recognized industry leader in HSE performance. 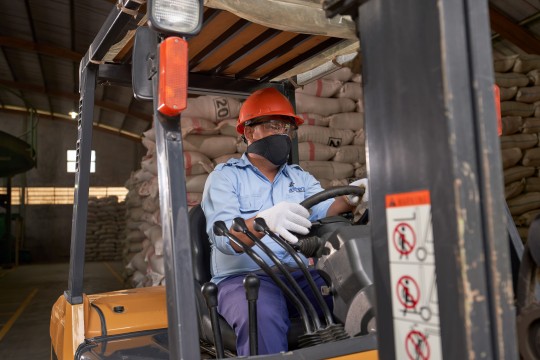 The PT OBM DRILCHEM HSE Management System defines the principles by which we conduct our operations worldwide with regards to health, safety, and the environment. Management communicates the HSE philosophy to all employees, customers, contractors, and third parties associated with our business, and each PT OBM DRILCHEM organization must provide positive evidence of conformance to the system. 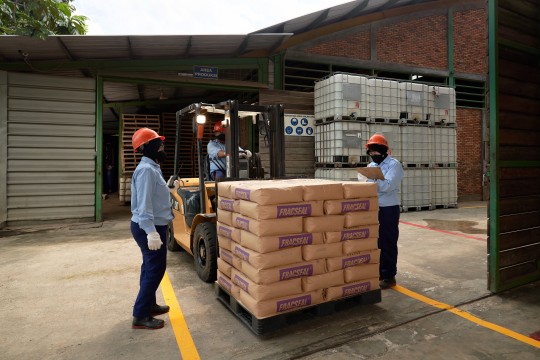 The Company is a multinational and multiracial company that produces additives to prevent losses that occur in drilling activities by using fiber technology which is one of the leading players in its field. The products sold by the Company aim to reduce time non-productive on site, helps increase borehole stability, prevents fluid loss in borehole, prevents differential sticking, reduces torque and excessive pulling and improve hole cleaning.

In addition, the Company also offers various types of services related to on-site and off-site activities which include making technical proposal designs and solutions according to the type of respective wells, providing engineering services and training in the use of the Company's products on-site, and providing custom design and product services. According to the needs of each customer. The Company has a production center and research facilities located in the Karawang area, West Java which is a strategic industrial area for both national distribution as well as International. The Company's factory is currently claimed to be still operating with a utilization rate below 100% which indicates the Company's capacity to earn expand production all the time. 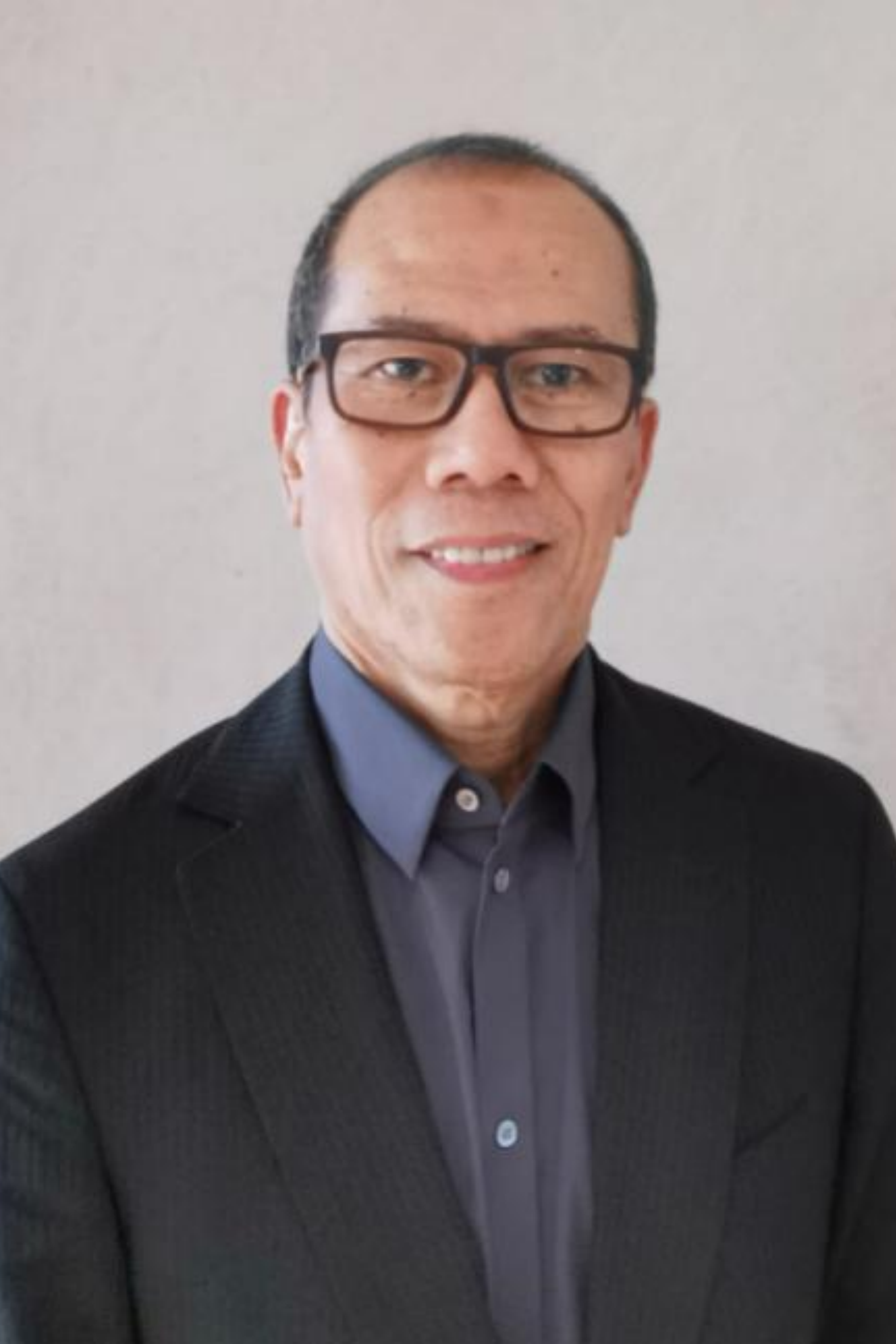 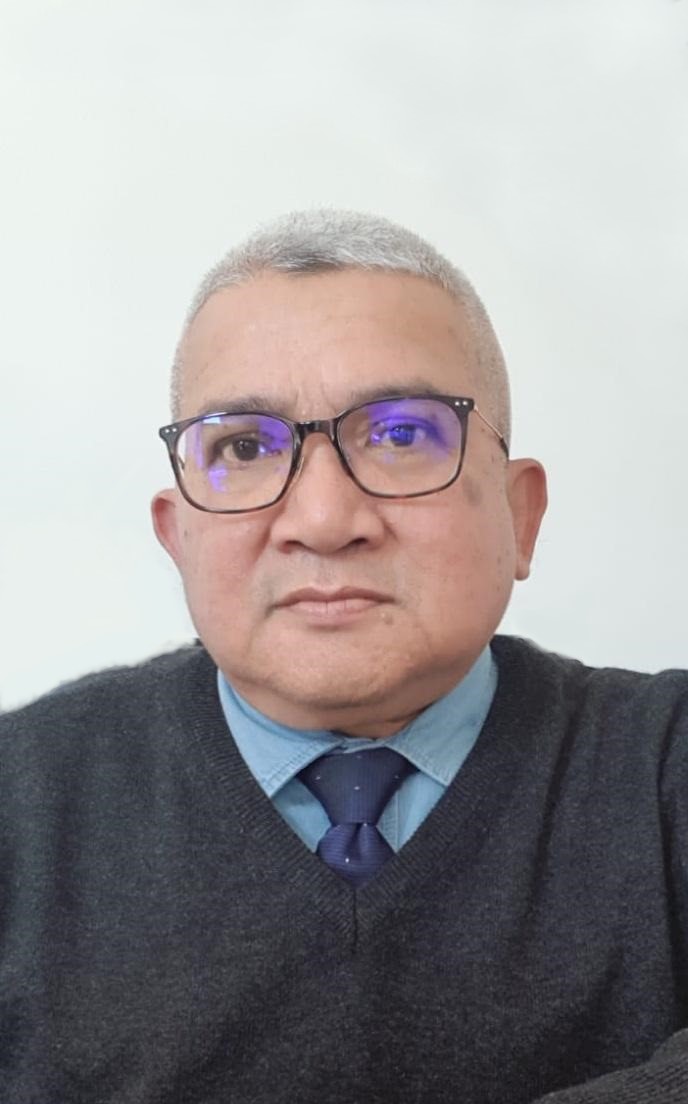 An Indonesian citizen, born in 1962, he has served as Commissioner of the Company since March 2021. Presently, he is also Maurel et Prom Exploration Director and Senior Advisor of Pertamina International E&P Indonesia President Director. He is advisory board member of ‘Program Studi Magister and Doctor of Geology’ Institut Teknologi Bandung and SNAPFI – IKI, Research Cooperation Pusat Perubahan Iklim ITB - DIW Berlin, Jerman. 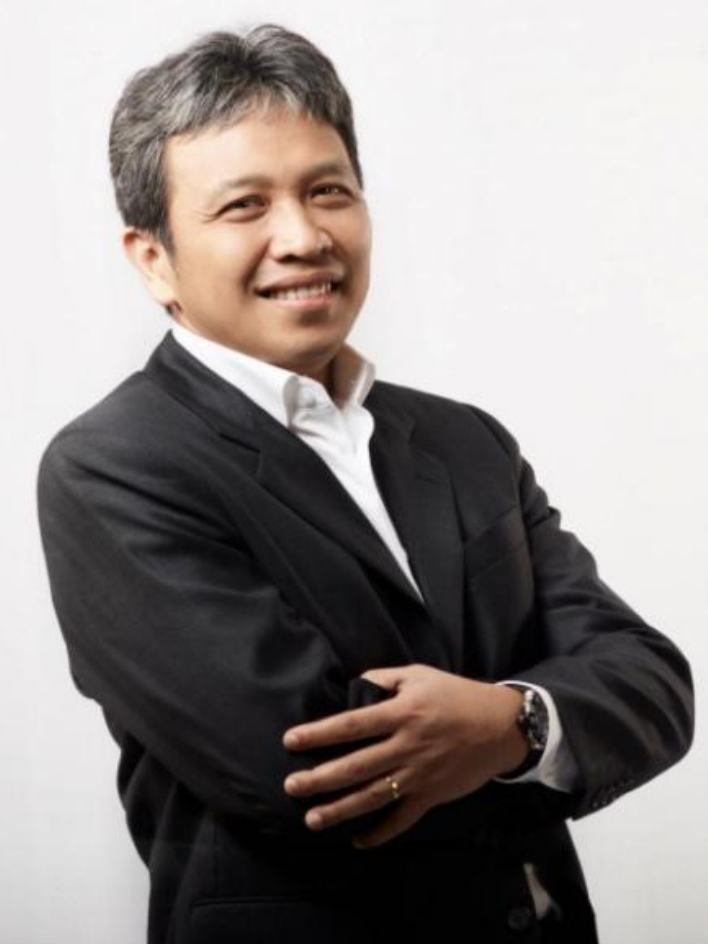 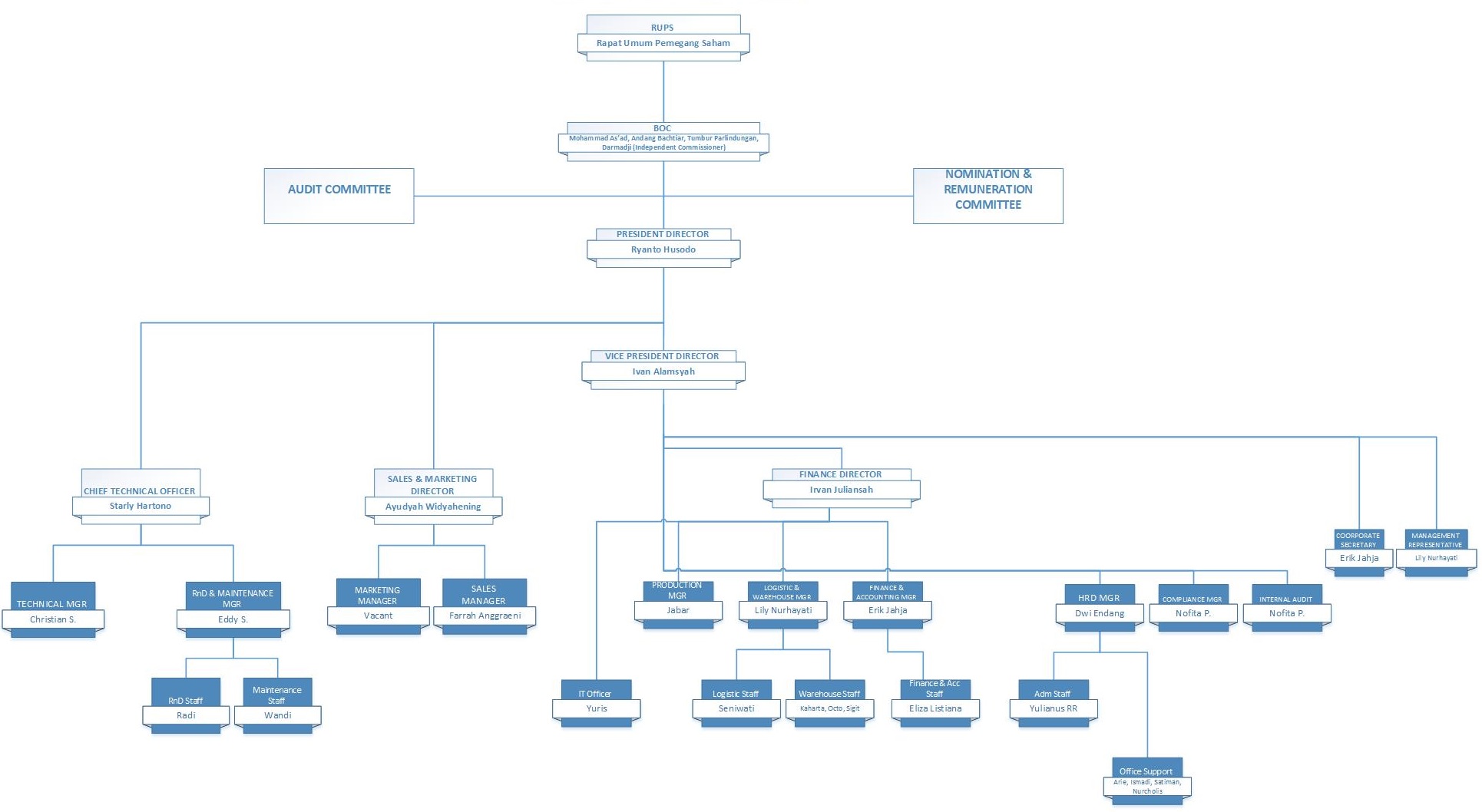